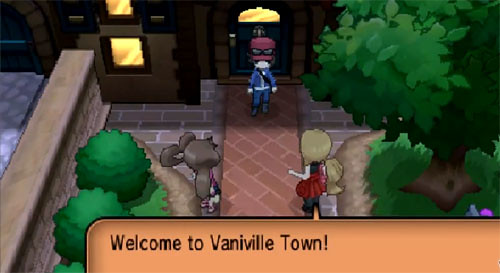 The 3D visuals of Pokemon X and Y allow players to view their Pokemon in a more detailed way. The 3D settings make the game feel more alive! Your player and npcs are displayed in a style similar to "chibi" and occationally, you can see some of the npcs with their 3D pokemon outside of its pokeball. The success of the use of 3D gameplay and visuals in these games influenced future games like the remake of Pokemon Ruby and Sapphire (Omega Ruby and Alpha Sapphire), Pokemon Sun and Moon, the remake of Pokemon Yellow (Let's go Pikachu! and Eevee!), and Pokemon Sword and Shield.